You are here: Home>New contributions>94 High Street, The Old Manse 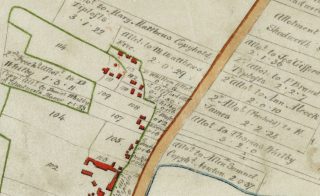 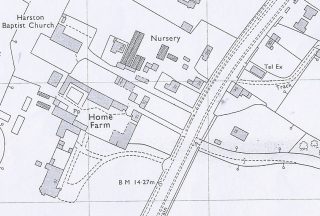 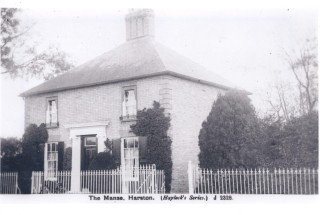 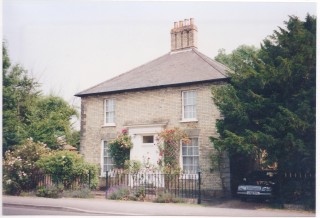 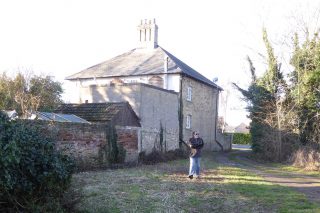 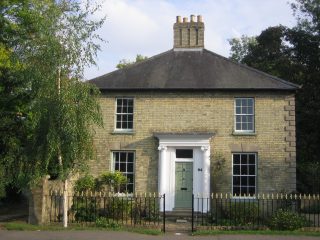 Prior to the 1820 Inclosure Act the land where 94 High St was built was common grazing land for Harston, Hauxton & Little Shelford. The 1799 Inclosure map shows the land to the south and east was allocated to Allen Samuel and by 1827 he had bought this land too, originally allocated to Thomas Whitby (a Baptist). By the time he sold it to James Wisbey in 1854 it would appear to have had premises built on it. By 1865 he had sold it to John Wallman. The location is shown on the 1971 map as 94 High Street.

In 1875 the house, now numbered 94 High St, was purchased from Mr John Wallman as a manse for the pastor Mr S H Akehurst. It was located almost opposite Chapel Lane which led to the Baptist Church. It remained the property of the Baptist church for almost 100 years.

The Harston Baptist Church Book 1823-1970 provides much detail about the history of this house. It records that the following deeds were deposited with Messrs Fosters & Lawrence Solicitors, 10 Trinity Street Cambridge for safe custody:

10 Jan 1854 Copy Absolute surrender Allen SAMUEL to James WISBEY of premises held at the manor of Tiptofts in Harston.

22 May 1875 Agreement for sale John WALLMAN to William WALLIS.

27 Oct 1875 Conveyance John WALLMAN to the Trustees of the Baptist Chapel Harston.

8 Aug 1879 Mortgage. The Trustees of the Baptist Chapel at Harston to Mrs Naomi HALL with receipt for repayment of the principal and interest.

Later alterations and repairs to the Manse

The book also lists the following alterations, repairs, etc, whilst the house was in the ownership of the Baptist church:

Dec 9 1895: A Church meeting was held. Brother H HALL proposed & Deacon B WISBY seconded that a letter conveying the thanks of the Church be sent to Mr J R MOFFAT of Cambridge for his great kindness in defraying the cost, of putting a damp course to the Manse & having the underneath of the ground floors ceiled. This was unanimously agreed to.

Feb 25 1919: Two garden arches, a shed & summer house in manse garden were also offered to the Church and it was agreed that these items be left for Mrs BURNETT to settle with Mr SCHOFIELD.

Mar 6 1919: A letter was read by secretary from Mrs BURNETT (Pastor’s wife) accepting the offers for range in manse kitchen £2 and 5/- for magic lantern burner. The letter also had 10/- enclosed from Mrs BURNETT for cleaning of the manse also saying that she was leaving in the manse baptizing gowns, & minister baptizing trousers, also maternity bag, and a few extra things.

Jun 16 1925:  To repair & paint window frames & guttering. Brickwork in places to be pointed. All outside wood & metal to be painted. Outbuildings: Rotten rafters in scullery to be replaced with new ones. Guttering to be re-fixed; new tiles to be put on where needed. Woodwork & pump to be repaired. Closet: Raise the floor; cement floor & put in swing light.(Signed) W. G. BLOOMFIELD.

Apr 28 1931:  On the proposition of Miss PASK seconded by Mrs J THOMPSON the Church agreed to have the electric light installed in the Manse as soon as possible, as according to the Companies estimate.

Apr 7 1936: It was agreed that the water be laid to the Manse premises when the main is put in. This motion was proposed by Mr A JACKSON and seconded by Mr A WISBY.

Jul 6 1937: As a member had kindly offered to have the water laid into the Manse and one tap fixed, the Church agreed to bear the expense of fitting a tap to the Bath.

Dec 10 1946: Mr H WISBY proposed &  Mrs H WISBY seconded that permission be granted for the telephone to be installed at the Manse; to this the church agreed.

Jul 13 1948 Mrs JACKLIN prop: Mrs H WISBY sec: and all agreed that Mr BATTSON be given permission to install a number of plug points at the manse.

Nov 16 1948: It was agreed to accept Mr K GUTTERIDGE’S kind offer to move a door from the landing to a bedroom cupboard.  Mr A JACKSON proposed & Mrs HARTSHORN seconded that we obtain estimates for four separate jobs viz:- (a) The roof (b) stove, sink, windows in kitchen & pantry repairs (c) the bathroom (d) bedroom ceiling

Apr 13 1954:The secretary reported that advice had been sought about the condition of the Manse.  It was found that the cost of putting into good repair would be at least £500.  Cost of installing modern sanitation & drains would be about £150 maximum, probably somewhat less, Hot water about £80.  The builders advice was to sell and rebuild.  This matter was discussed and then left for the time being.

Nov 9 1954: Mrs HARTSHORN proposed & Mrs JACKLIN seconded and it was unanimously agreed that the deacons proceed with hot water + sanitation installation using the balance of £89-5-6- from the Schoolroom rent to supplement the Manse Repair Fund.

Jan 29 1963: Miss B BANKS proposed & Mrs J CARTER seconded that the church purchase a new electric cooker for the Manse, payment to be made on the church’s quarterly account. To this the church agreed.

Jan 13 1966: It was reported that the re-decoration of the Manse was nearing completion. The church agreed to the purchase of a pair of steel tubular gates for the manse drive at a cost of about £10.

Mar 18 1969:The question of connecting the manse to the main sewer was raised. The secretary reported that Messrs GATWARD Bros had been asked to submit estimates.

In 1972 the house was no longer required by the Baptist church, had been unoccupied for some time and was sold. In 1978 a sun lounge was added to the rear of the house.