You are here: Home>Places>High Street>6 High Street, the site of the old forge

6 High Street, the site of the old forge 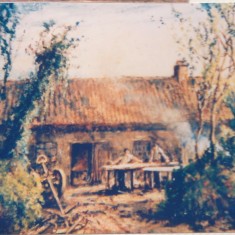 The Smithy at 6 High Street
(Deacon) 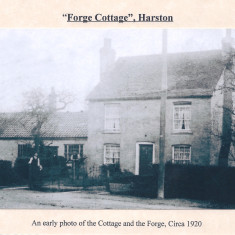 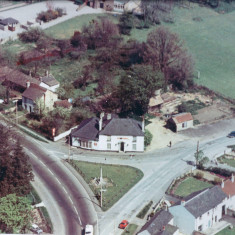 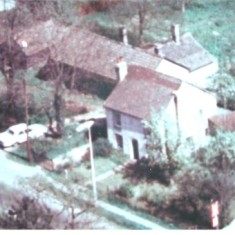 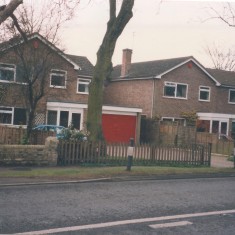 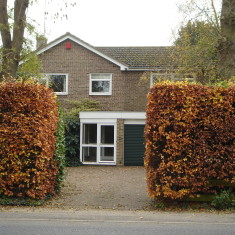 No 6 High Street was the site of the village smithy (see Lawrance family). The detached houses numbered No 6 and 6A were built on that plot.

The forge buildings which stood on the High Street were built by William Long, one of Harston’s main landowners, in the 1860s, specifically for James Lawrance (link).

When Long’s ‘Harston Estate’ was auctioned in 1893 the forge buildings were catalogued with Forge Cottage and described as:

At the auction, James Lawrance purchased the properties for £255.

The building measured about 60 ft long and 40 ft deep, in a rough T-shape. Looking from the road, the horse shoeing stable was on the left. There were originally 3 forges and anvils.

The painter Mary Greene described the smithy as ‘an old black shed. In front of it is a yard through which runs a casual sort of pathway leading through iron rods, old wheels and pieces of metal. Beyond these smaller obstructions lie huge pieces of machinery needing repair. When the yard is crossed it is pleasant to lean over the half door and watch the sparks fly from the red hot iron beaten on the anvil.

When Harry Lawrance, the last of the blacksmiths died in 1971, the forge was demolished and two houses built on the site.