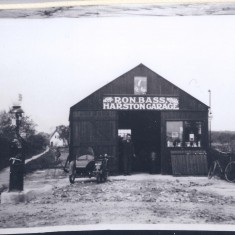 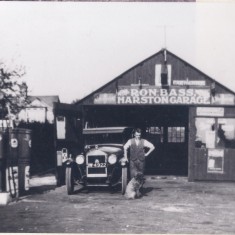 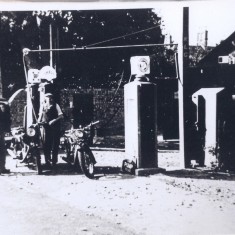 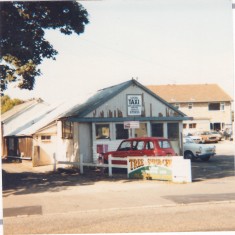 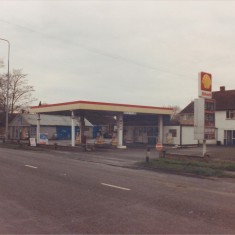 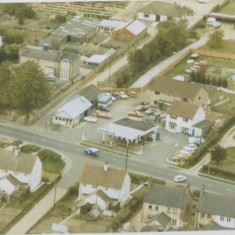 Date unknown. No 123 etc prior to redevelopment.
(Deacon) 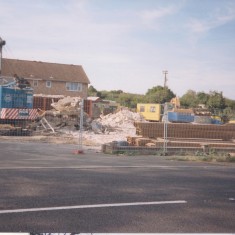 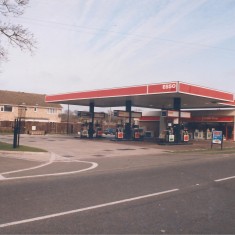 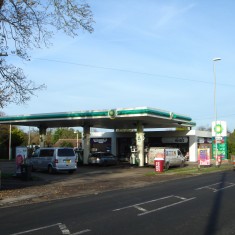 The 1971 O.S. map shows a building as No 123 High Street in the south east corner of the plot occupied in 2014 by the petrol station, with semi-detached buildings Nos 125A & 125B (now Nos 5 & 6 Sheepshead) in the north west corner of the plot, and No 127 in the position now occupied by the office/shop of the petrol station; it also shows what is now No 2 Sheepshead Lane as No 125 High Street set well back behind these last.

On this plot there was previously a wooden garage/workshop with Cleveland petrol pumps (Harston Garage), owned by Ron Bass and started in 1927. This building was on the corner of the plot directly alongside Sheepshead Lane, and had a much narrower frontage on to the High Street than the BP petrol station enjoys.  No 127 High Street was a private dwelling further north along the High Street, on the site of the present (2014) BP office/shop

In about 1960 John Ives and ??? Truslove took it over. They sold it to Jack Mills and his son Alan, at an unknown date but they owned it in 1973, through to at least the 1980’s. Mr Mills bought No 127, demolished it, and expanded the garage/station into the space. They knocked it down and re-built, now selling Shell petrol. It was converted to self-service about 1979.

This in turn was demolished about 1989 and re-built as an Esso petrol station (no garage/workshop) which was in existence in 1992 and 1995.

The same building then changed to selling BP petrol, which was the case in 2008.