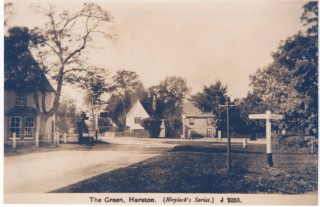 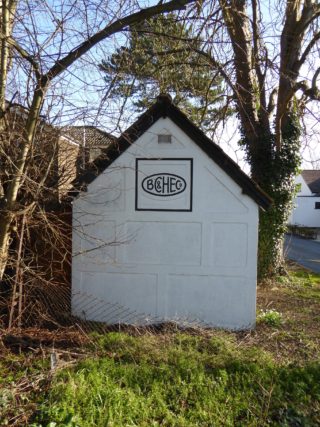 This year Harston Parish Council celebrates its 125th anniversary so I decided to look at the first minute book (1894-1931) held in the Cambridge Archives to see how issues faced then differed from, or were similar to today. The following still resonate today:

The first elections for councillors were held in December 1894 and 10 nominees contested 7 seats. However despite elections being required every 2 years, it was not until 1923 that there were sufficient nominations to need a vote. The lack of nominees is an issue the council faces today.

In 1896 the council had to write to Mrs Greene of Harston House to tell her to cut trees opposite her house to allow traffic to pass under. Overhanging vegetation is still an issue in the village but affecting pavements more than roads.

In 1930 the council strongly protested against the proposal for a by-pass of Harston on the grounds that it would make a dangerous crossroads. Unfortunately there is no information about the exact location. The issue of a bypass is still with us – perhaps today’s problems could have been avoided with a different decision!

Other issues which are not relevant today included:

The selection of village constables and the first four – Messrs Rodwell, Thompson, Peachey & Chapman – were paid £1 5s a year. This responsibility continued into 1930s with post-holders being reviewed every 12 months. Another type of selection process was the priority order of tenants for the 1920s built council houses in Church St & The Footpath – familiar names such as Ives, Vallis, Lawrance, Lant & Northrop appearing on this list.

Numerous transport issues were covered in those days. The council’s response to the Motor Car Act 1903 revealed that Harston had no road under 16ft wide, no roads prohibited to traffic, speed limit of 10mph throughout & signposts – near bridge to Haslingfield, near OEG, near station & at village entrance from Royston. In 1905 the council wrote to Great Eastern Railway about the width of road on the village side of the crossing, which was only 27ft and should be 40ft. In 1920 the council wrote to the railway to request an earlier train as schoolchildren travelling from Harston to Cambridge could not get in to school until 10.00.

Public services were very much a council responsibility. In 1914 the council replied to a Chesterton RDC letter about the scavenging of pail closets and removal & disposal of household refuse that no action was required for Harston as all cottages have gardens!! In 1921 the council agreed with Mr Gee to draw a water supply from his well for the use of the Button End houses. In 1929 the council was helping the Beds, Hunts & Cambs Electricity Co to find site for a sub-station in village.

One pressing issue faced by the council in 1920s was the need for a burial ground as the churchyard was full. In 1925, three local landowners were asked to name prices for their land but in 1927 the council purchased one acre from Jesus College in Button End. In 1928 the council agreed burial fees and set a burial limit of 248 graves.