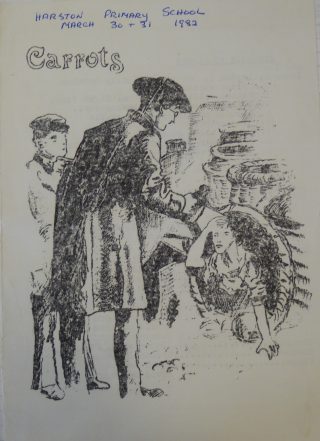 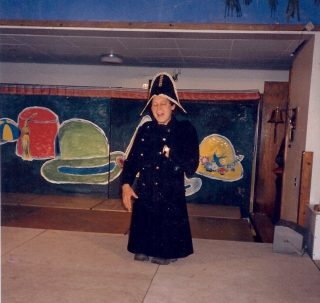 The Linden Players at Fisons

The Harston Fisons Players were formed in 1974 when a group of Harston people met in the Village Hall to revive the Harston Drama Group. The players produced a light-hearted Review in Sep 1974 in Fison’s Social Club house (run by drama member and producer Walter Alexander) which had a stage and better lighting than Harston Village Hall. Paul Allingham of Button End was Chairman (and was often lead actor) and Mr Albert Hearn of Linden House, Station Rd was President. In 1977 Liz Chapman was Secretary and Jan Austin was Committee member. By Jan 1977 they were renamed ‘The Linden Players’ after Albert Hearn’s house. Some of the other lead players were Yvonne Nutcombe and Angie Chatterton. Their yearly productions included much comedy, including ‘Fool’s Paradise’, ‘We are not amused’, and ‘Pardon Me Prime Minister’. The Group continued until 1986 but gradually died as people moved away- especially the back stage staff.

During the 1980s Harston School under direction of Head David Burroughs started amateur plays involving children and staff, including Gill Pluck. They began with ‘Carrots’ in 1982 about the life of Dr Barnardo. In 1986 teacher Val Furness approached a group of mums delivering children to the school and asked if anyone would be interested in performing with the children in a pantomime, Aladdin, which Val had written herself. Several Mums decided to give it a go and the pantomime was put on successfully under the PTFA banner, using the kitchen alcove in the school hall for a stage area. After the first few productions they changed the direction of the stage and Tanner and Hall came in every time to build the basis of a stage from scaffolding in the school hall.

The emergence of HATS

The second production in 1987 was a Review called Hats as all the sketches had hats in them. The production was a very simple affair with Roger Phillippo slinging the new scenes over the top, from behind. Pat Phillippo produced the Review and Roger suggested that the name HATS from the Review should be used to name their group – Harston Amateur Theatrical Society. They wrote their own reviews then and put together all the different sketches. Sharon Isted, taking the lead in many plays, designed the HATS logo seen on early programmes. Names of some others involved early on were Jim Smith, Louise Baker, Jeanne Morley, Pat Legge, Sharon Isted, Kathleen Bowden, Maureen Fry, Chris Heath, Richard Birchmore and Andy Moran with a number still involved today. Each year HATS gave two performances; a pantomime (such as Wind in the Willow) around Christmas time and a comedy (eg A Dead Liberty), review or murder mystery (eg Murder at Rutherford Hall). HATS moved their productions to the Village Hall by 1997/8.