You are here: Home>Topics>Magazine articles>Health and Safety in Victorian times

Health and Safety in Victorian times 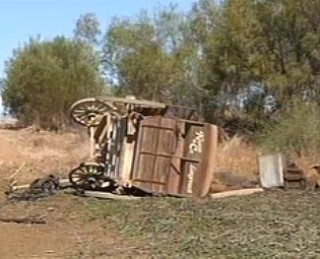 Many a discussion has been had on the volume of traffic and safety of the A10 as it passes through Harston, but what was it like in Victorian times. Using ‘British Newspapers Online’ search tool we can see how past local newspapers, such as the Cambridge Independent Press, Cambridge Chronicle and Journal give tantalising glimpses into the lives of our forebears. Despite the dense impenetrable text, absence of pictures, headlines, or attention-grabbing stories, one aspect that caught the eye, were reports of accidents and incidents, Victorian-style.

On Sat evening 26 October 1826 the safety coach was accidentally overturned between Melbourn and Harston when Mr Tuck of Harston had his leg broken and a child’s collar bone was fractured. Another accident, this on the road from Harston to Cambridge, befell ‘a tradesman’ in December 1857. A ‘very bright meteor’ frightened his horse, so that the driver was thrown out, rescued by passers-by, and became bed-ridden as a result. Our roads didn’t seem any safer then!

In September 1841 a fatal accident occurred when William Large fell from a waggon that he was driving from Trumpington Road towards Harston Mill, was kicked by the hindmost horse, and died the next day. The deceased ‘was a trustworthy servant’ and had been in the employ of Mr Morris and his father for 30 years. Mr Cooper, the coroner, gave the verdict as ‘accidental death’, with a ‘deodand’ of £5 on the waggon & horses. A deodand is, literally, a gift to God, so if a person met a violent death by mischance, before a priest could shrive him, the object (or equivalent money) that caused the death was given to God, via the church, for charitable purposes or for prayers for the one killed ( a bit like modern day compensation!)

Were we any better off at work? In September 1852, a sad fatal accident befell one David Northrop, aged 10, while in the ‘employ’ of a Mrs Watson. While feeding pigs in a field, a boar ‘bit’ him so severely that his bowel was lacerated, and he died the next day, despite being attended by Mr. Sewell, a surgeon, also living in Harston. Hopefully, today’s health-and-safety and child-employment laws should now prevent any repetition!

One Wednesday in May 1871 John Dockrey, 18 years of age, engaged at Mr Coxall’s fossil pits, was taking a barrow of soil along a plank which was placed across a pit, 16 or 17 feet deep. He slipped over this plank, fell head foremost into the pit and died a few days later. Nearly every week accidents happened and bones were broken, which few of the public were aware of. The men regularly passed over cuttings by means of a narrow plank and ‘in wet weather, or when the men had been drinking (which unfortunately was very frequent), some of their performances on the planks were a sight not soon forgotten’.

Long life for some

Some people did, however, live a long time as this brief obituary, in November 1849, tells for Sarah Newling, aged 99 years 11 months. ‘For a number of years, her only sustenance was bread, which she ‘munched continually’, after cutting it into small pieces with a shut-knife, her constant companion. She had five sons and daughters, forty grand-children, great-grandchildren and great-great- grandchildren in such numbers that no family member has been bold enough to attempt the task of reckoning them’. Whew!