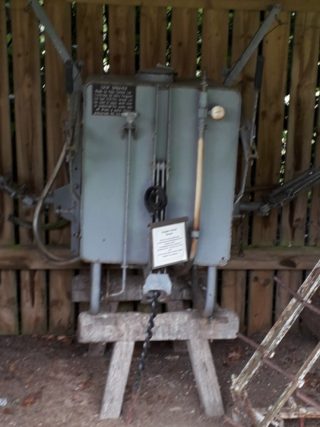 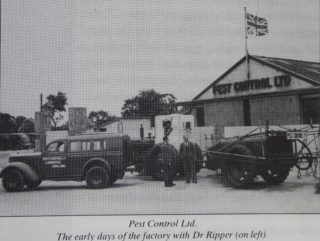 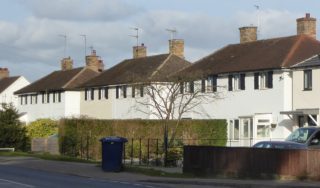 This is not about the destruction of rats and sparrows the Chesterton Rural District Council used to pay collectors for in 1917- sparrow eggs/ sparrows 2/3d a dozen, rats 1d a dozen! In fact it is prompted by my holiday in Yorkshire this year where I visited the Ryedale Folk Museum and spotted a very old ‘crop sprayer’ (to right) that was made by Pest Control Harston.

Pest Control, Harston was founded in 1939 by the entomologists Sir Guy Marshall and Dr Walter Ripper, the latter a refugee Austrian scientist, then living in Harston (at Sunbourn, on the hill to Newton). This contract business, spraying crops against insects, in fact began operations in 1940 from a disused garage near Hauxton mill. Besides doing research on insecticides and weedkillers, by 1943 it had begun also to make its own chemicals and spraying machines, the Hauxton site selected as its centre for their manufacture and sale by 1945. The firm grew rapidly from 1950 but by 1954, then in grave financial trouble, was taken over by Fisons.

Although actually in Hauxton the postal address was Harston, Cambridge CB2 5HU. This was changed when Harston telephone numbers were changed to Cambridge ones (ie three digit Harston numbers being prefixed by 870). The company address then became Hauxton, Cambridge CB2 5HU. Even in 1981 the newspapers still referred to the Linden Players drama production as held at Fisons Sports & Social Club, Harston when actually it was in Hauxton.

Although the firm was in Hauxton many of its workers came to live in Harston. Those who have been in the village a while will refer to 108-118 High St as the ‘Pest Houses’ built by Pest Control for their workers in 1949. Janet Bennett, nee Hill who lived in the end one in 1940s-50s, said they had been built as Rural Workers’ houses to avoid building restrictions while others have said they were for the organisation’s managers.

What memories do you have of working at Pest Control or about its impact on Harston?