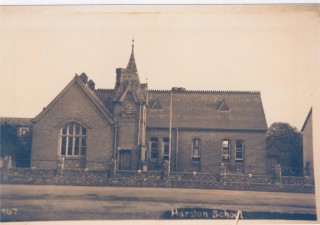 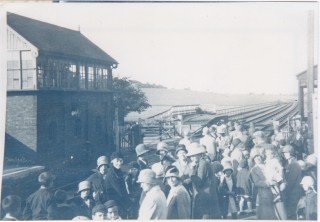 Although Harston’s school logbook focussed on attendances the reasons for absences tell us about what went on in the village. The weather appeared more harsh than today; frequent snowstorms in winter or heavy downpours of rain that reduced attendances at school – especially in the Infants. I’m not quite sure why. Was it lack of waterproof clothing or the roads were muddy and flooded?

Epidemics of Measles and Scarlet Fever raged through the village every 2-3 years not only reducing attendances but often resulting in the school being shut for 2-8 weeks trying to stop it spreading. Teachers were often as ill as the students.

Attendances were also greatly affected by Feast days off – Club Feasts for the Oddfellows and Ancient Shepherds, for Plough Monday, Valentine’s Day, with a week at Whitsuntide and days off for both Parish and Chapel Sunday School outings, especially trips to the seaside by train to Cromer or Skegness. Attendance and holidays also reflected the farming year – summer holidays called harvest holidays, were initially 5 weeks but were often extended by 1 week as harvests were late. “Labour boy’s” attendance would drop off in July as they took up employment ready for the harvest. They were also late to start the autumn term if still harvesting.

The summer school year officially ended at the end of June when pupils moved up into new ‘Standards’ classes. The Headteacher would teach the Upper school – Standards III –VI, another teacher for Standards I-II, and the head’s wife, Mrs Beaumont for infants. When inspected she was always found a kindly, excellent teacher who consistently had good results. She also ran an evening Continuation class for girls to improve their skills in Needlework and Domestic Economy. Teachers learned on the job, started as paid monitors, then pupil teachers, and eventually became certified teachers after several years study, examinations and teaching. Once qualified they often moved to a new school for better wages and others in waiting moved up the career ladder creating a constant turn-over of staff.

Subjects taught concentrated on grammar, writing and reading although an inspector suggested more books to read such as ‘Uncle Tom’s Cabin’ instead of basic texts. Geography was also taught using maps and a globe to teach about the growth of the British Empire with a day off to celebrate Empire Day, including singing patriotic songs! Interestingly around 1902 the older boys started to be taught military drill (PE) in the playground – probably training for future wars.

I was amazed at the turnover of pupils with lots of families moving in and out of the village every term, often to move far away. This included 4-8 boarded out Barnardo’s children every year. Some stayed a few years, then returned to Barnardo’s, London usually to receive training in some sort of trade/apprenticeship before being sent out into the world – one was going out to Canada. Harston and East Anglia in particular were chosen to board out the children the Barnardo’s Homes had no space for as the rural villages were considered healthier than London with less corrupting influences!