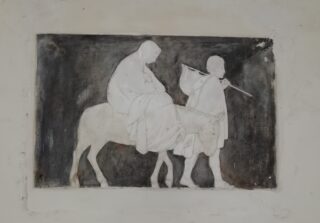 The flight into Egypt (Sculpture)
(Roadley) 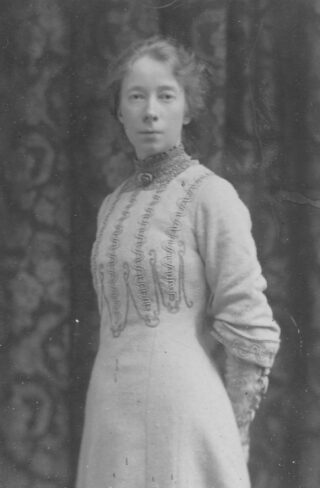 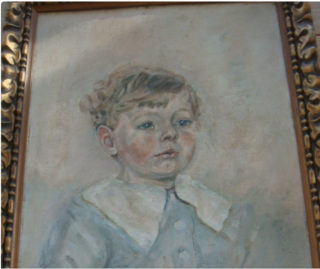 I recently spotted a relief sculpture on the wall inside Harston’s All Saints Parish Church (east end of south aisle) and from an old booklet of church history discovered it was created by Lilian Edmonds (1869-1952). The name rang a bell as I knew a Miss Edmonds had a bungalow named East West (now Thyme Cottage) built in 1932 in Button End. I also remembered there were Edmonds living in Camping Close House (No 46 Royston Rd), one of them Francis dying in 1931 and Florence in 1935, both buried in Button End.

Further research of census and family Trees on Ancestry revealed that Francis Victor and Florence, his elder sister, were some of Lilian’s siblings – there were 7 siblings in total. Their parents were well off – the father a RN surgeon – so when the parents died in 1871/2 the children were looked after by others until Florence was old enough to look after Lilian, the youngest. They had moved from Gloucestershire to London and by 1901/1911 Lilian lived by herself as an artist & art teacher.

We don’t know exactly when the Edmonds moved to Harston but the Cambridge Drawing Society record that Lilian joined them in 1922 and from at least 1928-32 she lived at Camping Close. They had kept no records prior to that so she may have moved into Camping Close House earlier. It was owned and rented out by the Greene family and Lilian was a contemporary of artist Mary Greene who lived at Harston House, so she may have lived there after the Greenes bought it in 1920.

Lilian dealt with Francis’s estate after his death in 1931; he left over £1,000 and in 1932 she had the bungalow built in Button End. Electoral registers show Lilian was living at East West in 1937. However, by 1938 & 39 she was, along with Josephine Mason another artist, living at the Weaving Rooms, The Green, Harston (now 42 Royston Rd) but in 1939 she had her studio at 4a Bridge Street, in Jordan’s Yard.

There are records of Lilian’s works. Although she painted a range of subjects including flower paintings, landscapes and urban scenes, portraiture was clearly a special interest for her. She exhibited only a few pictures a year which reached high prices, suggesting her expertise. She painted prominent figures like the Cambridge Public Analyst and an Addenbrookes Consultant Surgeon as well as members of families such as ‘young boy in Eton collar’. The museum of Cambridge records Lilian as an art teacher at the Perse but we have no information on this.