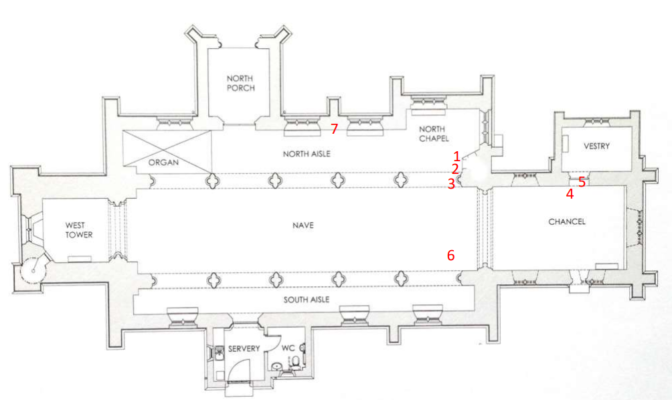 Ledgerstones are the flat stones placed over a grave inside a church, usually incised with the name and dates of the deceased. TOver 250,000 survive, mainly in parish churches, and most date from the late seventeenth to the late eighteenth centuries. The stones used are often from a local or regional source and the carving of the letters and any decoration is of high quality and a readily visible demonstration of the letter cutter’s art. A family group of ledgerstones may well be their only visible memorial, if their house has disappeared.

In Harston’s church we have five ledgerstones on which the inscriptions are legible. These repesent the Hurrell family in the 18th century and are located at the eastern end of the north aisle and in the chancel. There are other stones on which only a few letters are decipherable. These are in the north aisle, the eatern end of the south aisle and possibly forming the steps to the chancel. The locations are shown on the plan above. 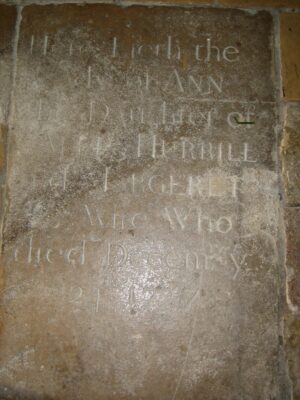 The inscription reads ‘Here lieth the body of Ann the daughter of Allen Hurrill and Margaret his wife who died Decem. ye 24th 1727’ 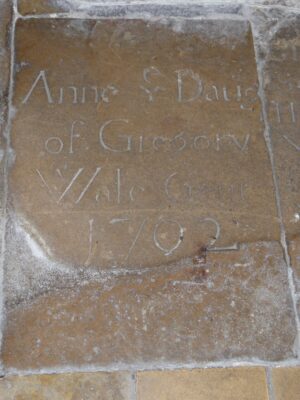 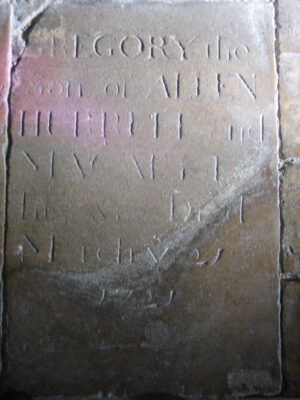 The stone lies east to west and measures 81 cms by 54 cms. 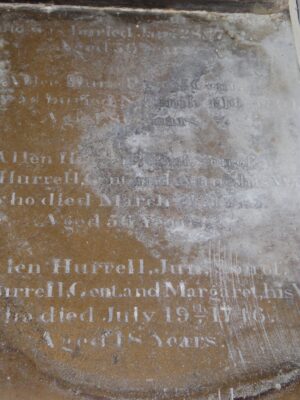 This stone has been damaged – the top line is missing and part of the lower section completely removed and infilled. Consequently not all of the inscription is visible. Fortunately the inscription has been recorded and would read : 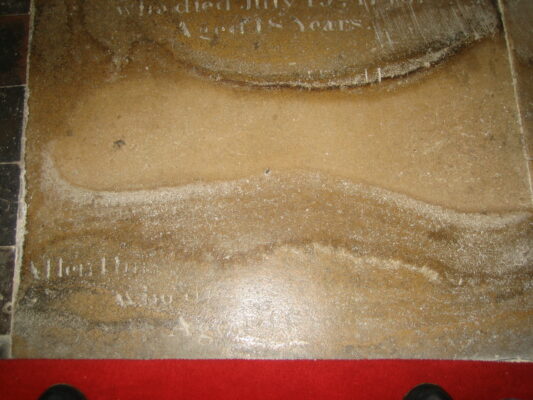 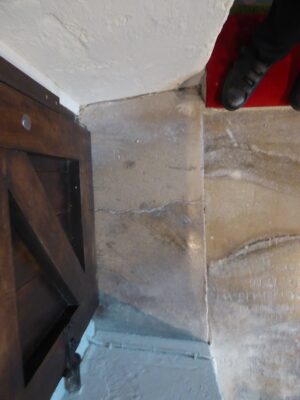 The only legible inscription reads ‘the body’ 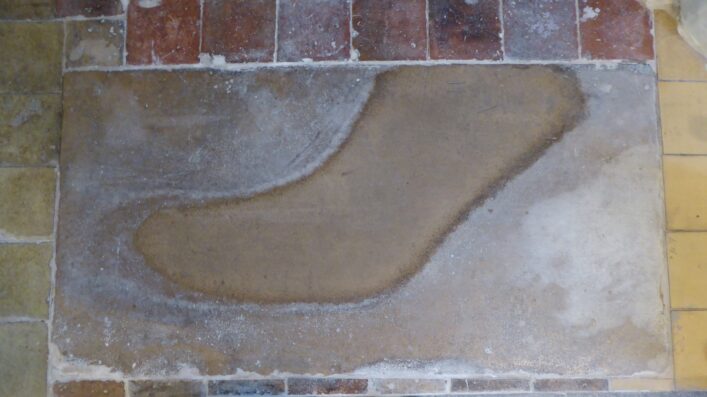 Only two chisel markings are visible on this stone but a report produced in the early 20th century ststed that’ on a large slab half covered by benches is an inscription similar to that on a tablet ot the wall to Hitch’ At the time, the seating in the church faced west and benches would have stood on this stone, 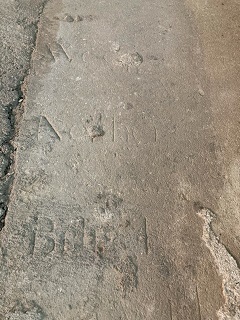 A ledgerstone was uncovered in 2021 when a new floor was being laid in the church and it has now been recovered. Only a few letters were visible and, so far, it has proved impossible to determine whose gave this was.