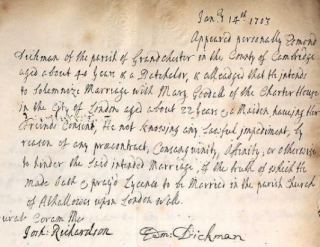 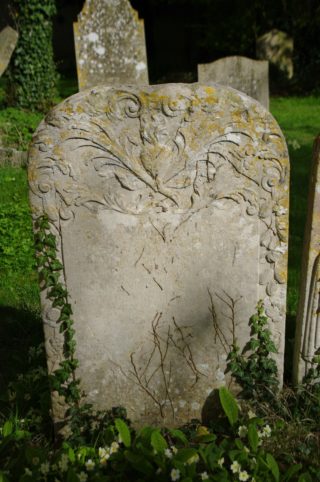 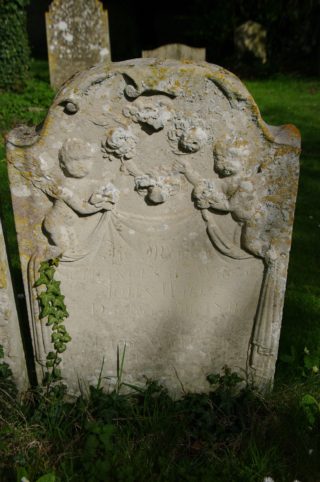 Edmund Dickman is noteworthy as he appears to be Harston’s longest serving vicar and his gravestone is still standing in the churchyard.

He was buried on 29 September. The inscription on his headstone is virtually illegible but it was recorded by William Cole, the Cambridge antiquarian who visited many churchyards in the 18th century. it read:

In memory of ye Rev. Mr. Edmund Dickman who was 53 years minister of this parish. During a long course of years he followed Bishop Hackett’s motto, serve God and be  chearfull; his conversation being always easie, pleasant and inoffensive; ye result of a virtuous and sincerely religious life : not desirous of honours; content rather to deserve than obtain them. As he lived a life of religion and virtue, so his end was peace; his departure being in ease as if ye oil of his lamp was spent. He died in ye 80th  year of his age September 25th, 1735.

(Although the inscription reads ’53 years a minister, records show it was 48 years!)

His only daughter Frances was born in 1705 and married John Wale, part of the Wale family who were lords of the manor. She died aged 35 and is buried next to her father. Cole also recorded her inscription:

In memory of Frances ye wife of John Wale only daughter of ye late Rev. Mr. Edmund  Dickman; she left this world with a chearfull hope of a better one, February 27th 1740-1 at 35.

Cole also recorded that the pair of gravestones were surrounded by iron railings. These no longer exist.