Elsewhere on this site we have recorded details of those men from Harston who lost their lives fighting in WW1. Here we have tried to record those who were born and/or lived in the village. We have used information from Helen Greene’s 1937 book on Harston which names 56 men who went to war and states that they are recorded in the church but, so far, we have not found this record. We have also used newspaper articles from the time and information from the Imperial War Museum’s ‘Lives of the First World War’ project.

However, our record does not have service details for many of the men as more than 4 million documents on WW1 servicemen were destroyed when the War Office Record Store was hit by an incendiary bomb in September 1940. If you have more information about these men or can add to this list, please let us know.

The marriage took place on October 15, by special licence, of Miss Lucy Eveline Haylock, second daughter of Mr & Mrs Charles William Haylock of Harston and to Pte Frank Ashby, third son of Mrs Edward Ashby of Harston. The bride was tastefully attired in a costume of covert coating and wore a pale pink blouse and a scarf of pink crepe-de-chine beautifully embroidered, a gift of the bridegroom from France. She also wore a large black picture hat with amber flowers and carried a bunch of white heather. The bridesmaid was Miss Maud (Queenie) Ashby who wore her nurse’s uniform. After the wedding the happy pair travelled to Downham for a brief honeymoon. The rest of the time they are spending at Harston pending the bridegroom’s return to the front. They were the recipients of many useful presents and hearty good wishes from their many friends at Harston.

He joined the Suffolk Regiment in 1915.

Pte Edgar Beaumont is now serving with the Salonica force

Baptised 7 July 1878 Harston, brother of the above. By 1901 he was living in London with siblings Claude and Lilian. Married 1905 in Westminster to Marion Matilda Shankland. He died in 1936.

Percy & Claude Beaumont, natives of Harston, Old Perseans and sons of the late master of the County School have joined the colours. The elder is enrolled with the Grenadier Guards & the younger with his old battalion, the Queen’s Westminsters.

Oswald Percy Beaumont, two years in the Grenadier Guards and 4 months with the Officers Cadet Corps at Fermoy has been gazetted Lieutenant in the Middlesex Regiment now somewhere in France. 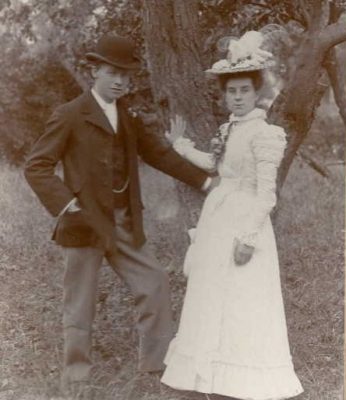 Does anyone have any information about him?

A Lucky Escape – Pte Frank Carter, who was one of the first from Harston to volunteer has been home on a few days leave. He is looking strong and well. The steel helmet he was wearing fortunately saved him from a bad wound in the forehead. 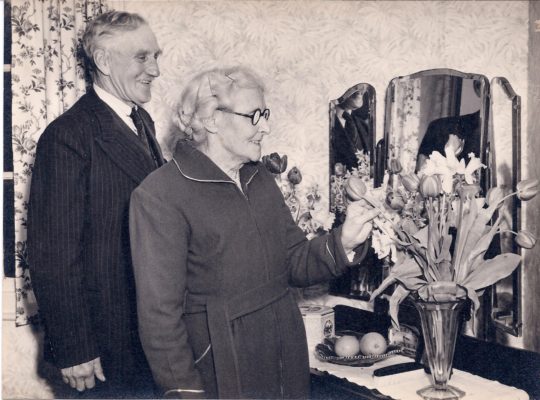 Beatrice and Claude eventually bought “The Old Home,”43 High Street, from William Jude and Claude’s son Eliot (Jane’s father) and family later lived in a hut in the garden there.

He was a baker at Badcock’s bakery in Royston Road then worked alongside the Judes in the building trade. Claude was also thought to have lived in a row of cottages which were then where No 24 Church St is now. Around 1950 Claude and Beatrice found No 43 High St was too big to look after as it had a big garden and orchards going right back so he sold it to Mrs Swann (28.08.1950), and they moved back to 2 Haslingfield Road called Riverdale Cottage where they had lived before (in 1911 census). 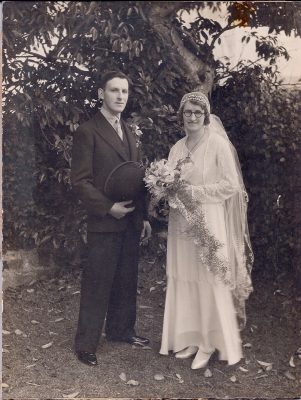 Joined the Royal Garrison Artillery in 1917 and demobilized from Army reserve on 27 Feb 1919. He had been gassed and it was uncertain initially whether he would survive. He died 16 & buried 21 Oct 1968.Harston.

Pte Claude Chapman is expected home from France, his father being very ill. He is the brother of Pte Elliot Chapman who has travelled from Italy on purpose to see his father.

Others on leave include Pte E Chapman. Pte Elliott Chapman is already back from Italy.

Joined the Suffolk Regiment in 1917.

On  leave from the front: F Collins

Others on leave include F Collins 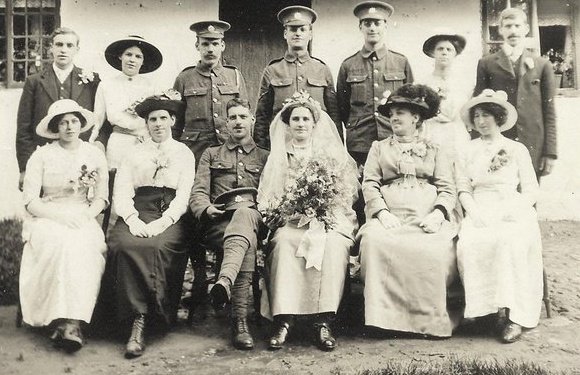 Pte Jack Collins and Johnny Wilson, previously reported as killed, were, by 25 August, now known to be prisoners-of-war in Germany

Pte Thomas Collins of the 2nd Beds Regiment has recently been invalided home. He has been in some of the thickest fighting having been present at the battle of Ypres where he was wounded in the hand and again at Neuve Chapelle. At the latter place a shrapnel bullet penetrated his ribs and so far medical skill has failed to extract it. He is however very cheerful and is progressing favourably towards recovery. Pte Collins served throughout the South African war and was awarded the King’s & Queen’s medals with 5 clasps.

Others on leave include W Gatward

On  leave from the front: Corporal Eric Haylock.

Lance-Corporal Eric Haylock of the Suffolk Regiment, a Harston man whose mother resides in the village and is an agent for The Herts & Cambs Reporter, was wounded in the thigh in the big advance on the Somme on July 1st and is now in hospital in Cheltenham where he has just undergone a serous operation. After being wounded he managed to crawl into a small shell hole and lay there for 15 hours. After darkness set in he crawled to a trench 60 yards away although the ground was being swept by machine gun fire. He got into a small hole with his legs hanging out and lay there until morning. Whilst there a bursting shell covered his legs with earth, but did not inflict further injury. Lance-Corporal Haylock (who has just turned 21 years of age) joined the Suffolk Regiment in August 1914 and was sent out to France in January 1916

‘Roll of Honour’, Cambs. recruits for Lord Kitchener’s Second Army, ‘Splendid Response’, including (from Harston) William Ives had already left his wife & children, a week ago, to enlist.

Mr William Ives, a machine-gunner who has earned his stripes, is home on leave.

The funeral took place in Harston Baptist churchyard on Thursday week of Mr Ives of London who had been staying at Harston for some time. He was a great sufferer. The coffin was followed by a soldier and sailor son. A third son who is in the Army could not attend as he was recently wounded and is recovering in France.

Funeral, Sarah Ann Jude, 73 y. Pte A Jude (son) was on active service and could not attend.

Joined The Royal Scots , 6th Volunteer Battalion in 1912 worked as customs and excise officer in Bathgate and also acted as pension officer for the district. Whilst attending a bayonet instruction course in Glasgow, Capt Jude began to feel unwell from influenza and was transferred to Yorkhill hospital where he contracted pneumonia and passed away not long after. The body was conveyed by road to St Columbia’s church in Bathgate where the first part of the service was held. The coffin, covered in the union jack, was then carried by volunteers to the railway station where it was sent en route to Harston for burial. 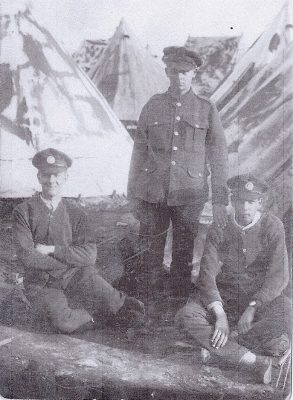 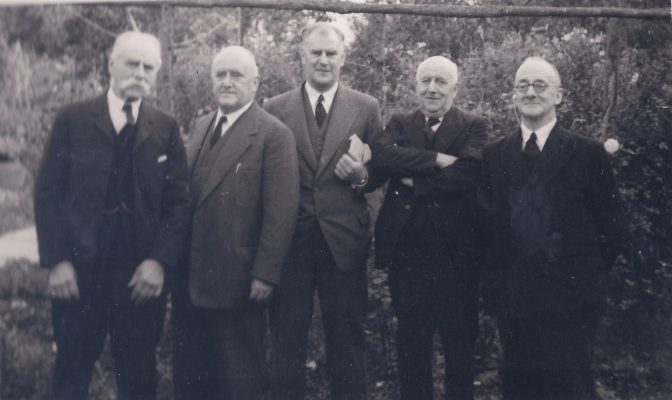 Others on leave include F Lawrance SBA, 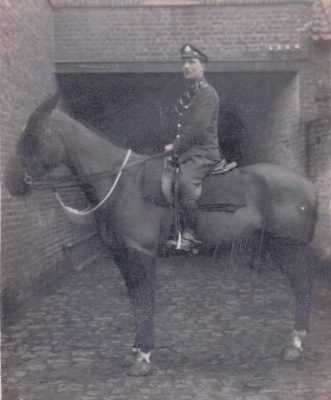 Joined the Suffolk Hussars and then Royal Field Artillery as blacksmith serving in France & Ireland.

In list of names of those recruited to the 3rd/1st Cambs Regiment in the past fortnight: S. Leavans (18y), Harston. 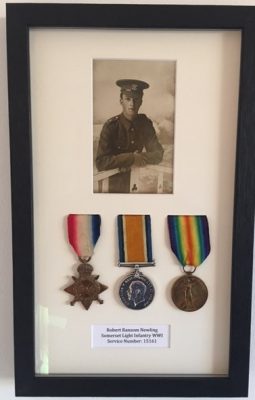 Military Medal for Harston man – Pioneer A Lee, RE, from Harston has had notification from headquarters that he has been awarded the military medal for gallantry and devotion to duty. He is the son of Mr and Mrs Thomas Lee.

On leave from the front, Pte P J Newling. 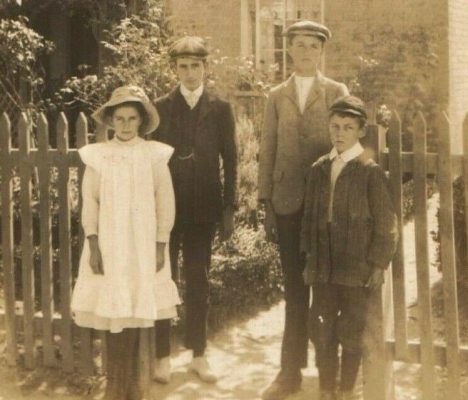 Mr Reginald Northrop has joined up as of last Wednesday.

The inhabitants of Harston have been pleased to welcome home several soldiers on leave. Mr Valentine Northrop, after 4 months in hospital, has been spending a few days holiday in the village before returning to his regiment. He seems to have quite recovered and was looking fairly fit when he left. Corporal VH Northrop, one of the first men to enlist from the village of Harston. He was badly wounded in the arm at Hullock and is now in hospital at Doncaster.  Photo

On leave from the front, Cadet V Northrop.

Joined the Suffolk Regiment in 1915 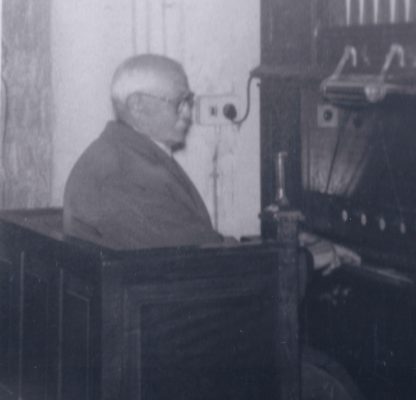 Gunner E. Racher of the 35th Battery Royal Garrison Artillery is home on leave, having been at the front since August 1914

Harvest festival service with sermon by the Rector, Rev W. Ellison; collection for Addenbrookes raised more than £3. Pte CT Rayner, who is home on leave, played the organ. 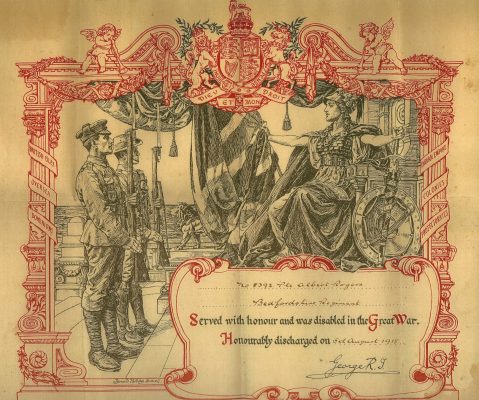 Joined the Royal Engineers Railway Operating Division in April 1917. Went to Egypt in October 1917 and invalided home in August 1919.

On leave from the front, W Starling.

Home on leave – Pte W Starling, who has recently lost his father, is also expected home.

Wounded soldier’s return – Cpl A Thompson of the 1st Divisional Supply Column, B E Force, has been home for eight days. He is a native of Harston but his parents now reside at Haslingfield. He has been injured three times slightly, but is looking fit and well now.

To Join the Colours Mr Peter Thompson, a smallholder of this village & Mr Frank Wisbey left on Tuesday for Bury St Edmunds to take their places in the country’s fighting forces.

We understand Mr Philip Thompson has his papers to attend at the Recruiting Office, Cambridge, on 8th March to be enlisted.

Sgt. C Willers has been home from France for fourteen days leave. He has seen some hard service, but is looking fit, although thin. He was pleased to take back to the front a writing pad and a packet of cigarettes kindly presented to him by Miss Durbin. His brother, Sgt GE Willers is currently serving in France.

News has been received that Sgt GT Willers, of the Suffolk Regiment (now serving with the Rifle Brigade), has been wounded in the right foot. He was hit by a machinegun bullet on May 27th  and is still in hospital in France.

George T Willers, being released from the army, wishes to give notice to the former customers that he intends to carry on the business formerly carried on by his father as carpenter, wheelwright & undertaker at the High Street, Harston, and hopes by personal attention to obtain the favour of their orders in the future.

Two Harston Privates reported wounded and killed are now reported prisoners in Germany. They are Pte Jack Collins and Pte Johnny Wilson. Both are well.

The Cambs and Isle of Ely Prisoners of War Help Committee send us the following additional names of local men among repatriated prisoners: 12287 Pte J Wilson of Harston

Freddy Wing is home on 10 days leave from HMS Vengeance which has been busy in the Dardanelles. A native of Harston, now living at Hauxton Mills, Wing is one of our youngest sailors.

To Join the Colours Mr Peter Thompson, a smallholder of this village &Mr Frank Wisbey left on Tuesday for Bury St Edmunds to take their places in the country’s fighting forces.

Home on leave, Leonard Wisbey of Fountain Farm has been slightly wounded.

On  leave from the front, Pte Len Wisbey (who has just recovered from his wounds, and was married in Harston church).