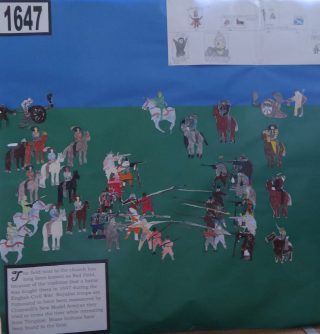 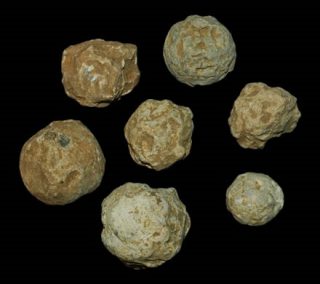 Cambridgeshire has many connections with the Civil War and generally the people and the University resented Bishop Wren’s support for Charles I. Wren, a vicar of Harston 1610-13, had become Bishop of Ely in 1638. In 1640 Huntingdon-born, Oliver Cromwell, who opposed Bishop Wren and the established church, was elected MP for Cambridge,

By Oct 1642 war had broken out between Cromwell’s Roundheads  and the Royalists. Most of the big towns, including London and the south-east, supported Parliament. Wales, and the north and west of the country were in favour of the king. Both sides had victories at battles throughout the country.

In Dec 1642 Cromwell formed The Eastern Association at Cambridge, a military league between East Anglia, Hertfordshire and Huntingdonshire with a large well-equipped army with high morale and religious zeal. The Association was active and fought between 1643-4.

In 1645 the Roundheads created a New Model Army of soldiers. They were well-equipped and wore new, red coats – the first ever army to wear a standard uniform. Their men also often wore ‘lobster pot’ helmets to help protect their head, neck and face. By 1646 the king had surrendered.

Cambridgeshire was not the scene  of any major battles but Harston did see a bit of action although the exact details are not clear. One version of the ‘battle’ is that Royalist troops who were in Barrington and Haslingfield had been looking to take a crossing point of the River Rhee. Harston had a ford across the river near the parish church which they attempted to take. Parliamentarian troops, billeted at Foxton and Thriplow, came to defend the ford. A battle took place in which the Royalists were heavily defeated. An area of land alongside the river is still known today as Red Field or Blood Field because of the killing that took place.

We may never know the true story but evidence suggests that there was a military conflict near the river. The early evidence was doubt ed by some which was that when foundations were dug in 1849 for the replacement vicarage (Now Rhee House), human remains were found which were believed to be victims of the battle. Also some  believed that Button End was so named because buttons from Royalist civil war uniforms have been found there.

However the more recent discovery of musket shot dating from the Civil War in a field by the river and in 2019 more shot in a garden in Church Street would seem to remove these doubts.