You are here: Home>New contributions>Harston vicars in the 21st century

Harston vicars in the 21st century

Nick was born in Wiltshire and graduated at St John’s, Cambridge, in Classics & Theology. He was first a teacher of children with special needs in Bedfordshire and later taught Biblical Studies at a theological college near Jos, Nigeria. He gained his Certificate in Theology for Ministry at Ridley Hall in 1993.

He was Assistant Curate at Holy Trinity, Cambridge, for four years and then Assistant Priest for Fulbourn and Gt & Lt Wilbraham before moving to Harston as Vicar. He left Harston in April 2003 to take up the post of Vicar of St John’s Great Horton, Bradford.

Peter joined a firm of surveyors in Reading on leaving school and qualified as a chartered surveyor in 1967. He studied at Kings College, London, and Ridley Hall, Cambridge, before being ordained at Guildford Cathedral in 1975. He was non-stipendiary minister at St Mary’s Wendover & St Michael’s Halton before coming to Harston. Peter left Harston on retirement to Wiltshire. 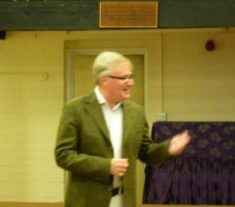 Richard lived in the village for nearly 25 years and served the church firstly as churchwarden, then curate and finally Associate Priest. As such he served during the time of Fraser Watts (1991-94), John Parr (1995-99), Nick Jones (2000-03), Peter Wainwright (2005-10), and Brigid Hadfield (2011-18) and he held the fort during three vacancies which occurred during his time.

Richard held a non-stipendiary post and continued his career in publishing. He left Harston to become Assistant Priest of the Nar Valley Group (Norwich). He is seen here at his farewell do in Harston.